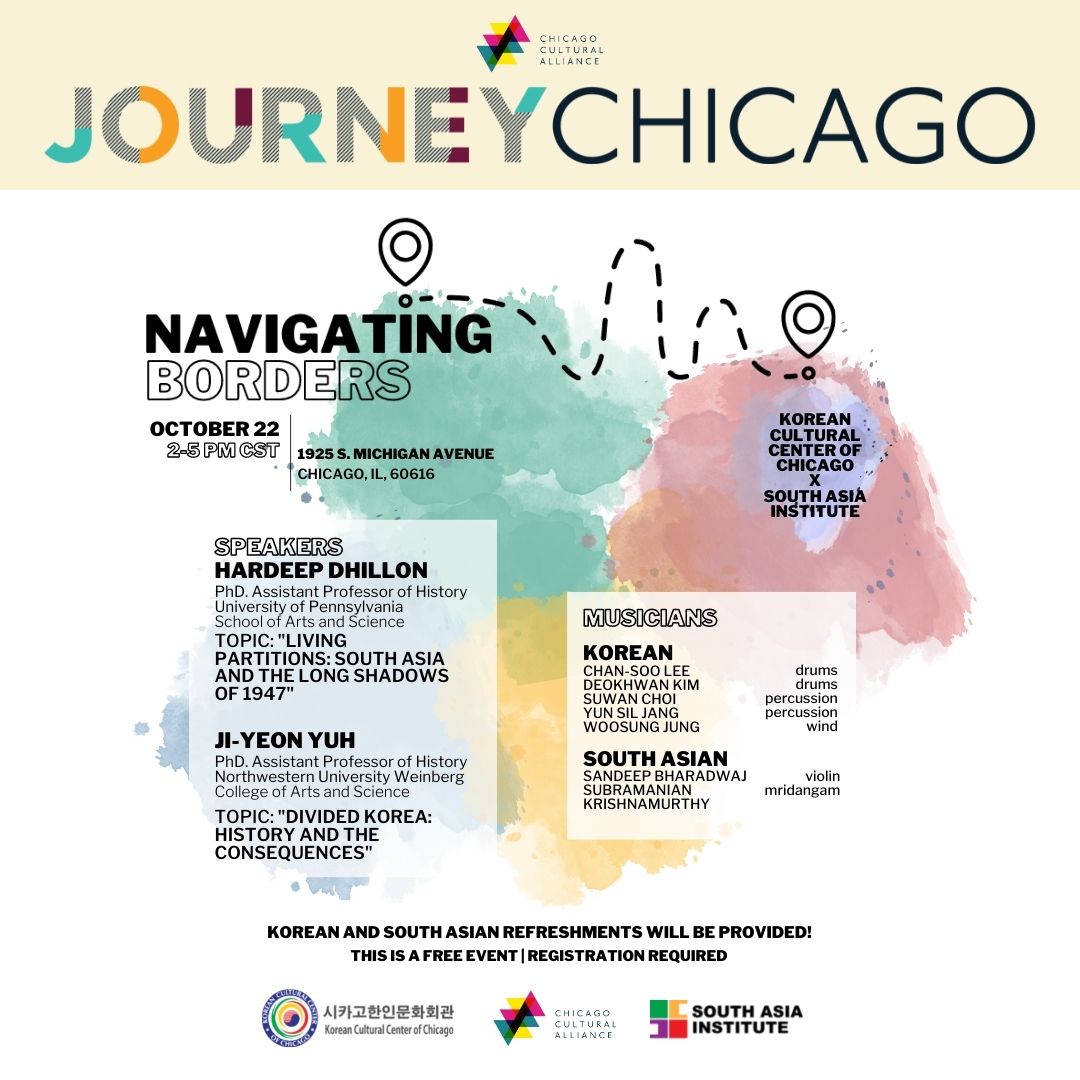 South Asia and Korea share a common history of being divided by an arbitrary line that gave rise to new nations, India and Pakistan and North and South Korea. This year is the 75th. anniversary of the Partition of British India and the current exhibition at South Asia Institute revolves around the aftermath of the event. The collaborative program that will be presented by SAI and KCCOC will highlight the experiences of the people of the two nations with talks by South Asian and Korean academicians: Dr. Hardeep Dhillon and Dr. Ji-Yeon Yuh, followed by a musical collaboration by South Asian and Korean musicians: Sandeep Bharadwaj, Woosung Jung, Suwan Choi, Chansoo Lee, Yun Sil Jang, Deokhwan Kim. Food from South Asia and Korea will be served. Attendees will have access to the exhibition at SAI following the event.